Time to hit the road? Sate your appetite for adventure on one of these legendary road trips – with a vintage car to boot.

1. Pacific Coast Highway in a Mustang

The most familiar PCH option is the Los Angeles to San Francisco route, taking in the undeniable attractions of Big Sur, Hearst Castle, Carmel-by-the-Sea, wine country and Santa Barbara. Equally compelling, if not more so, is the stretch north from there taking you through the mighty sequoias of northern California then along the rugged coast of Oregon and Washington State to Seattle and Vancouver. 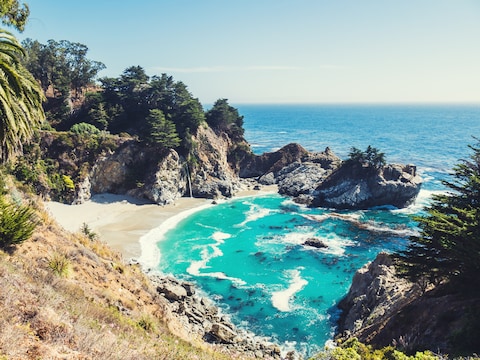 You can read about it at pacific-coast-highway-travel.com, and my favourite place to stay en route is the Tu Tu’ Tun Lodge in Oregon, a riverside property run by Dirk and Laurie van Zante with all the raw essentials for rural life: open fires, hot tubs on balconies overlooking the river, and gourmet cooking; doubles from $235.

For car enthusiasts, classiccarhireworld.com is a good starting point for classic rentals worldwide.

2. The Rockies in a classic Bentley

The first time I drove the Icefields Parkway between Jasper and Banff, I went around the first corner and said: “That’s the most amazing view I’ve ever seen!” I then did the same at pretty much every corner on the 144-mile route past pristine emerald lakes, soaring mountains, tumbling waterfalls, glittering glaciers and pine-clad valleys to Banff.

Stay in two former Canadian Pacific Railway hotels along the way. Fairmont Chateau Lake Louise, with the mountains behind and the lake in front, has one of the best locations anywhere; doubles from CA$339. Fairmont Banff Springs Hotel has been known as “The Castle in the Rockies” since it was built 125 years ago – and it’s easy to see why; doubles from CA$399.

Do the Parkway in style in a chauffeur-driven 1952 Bentley Mark VI affectionately called Dorothy, booked through Highland VIP.

Now, you’d think driving a former US Army Jeep down Vietnam’s Ho Chi Minh Trail would be, to paraphrase the late comedian Kenny Everett, not in the best possible taste. The truth, remarkably, is the opposite: the Vietnamese say that since they won the war, these are highly prized war trophies and cult vehicles. 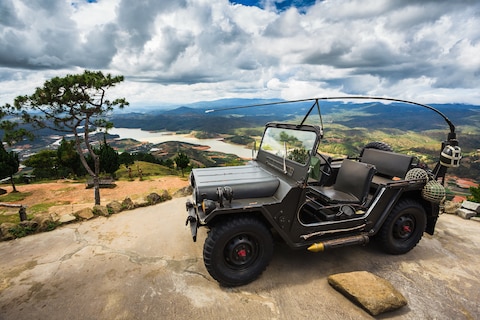 The US left behind thousands of Jeeps when their troops pulled out in 1973, and although no one could use them until petrol became freely available in the late Eighties, the canny Vietnamese stored them away, and they are now worth up to £15,000 each.

Classic Car Journeys is offering two Classic Vietnam trips in 2017 – from March 25-April 8, and April 8-22 – for £3,395 per person, excluding flights, visa and fuel. Spaces are very limited for the first dates.

If you haven’t done Route 66, do: 90 per cent of it is still there, complete with 1950s motels, diners, gas stations and hokey attractions.

Scenic Car Tours offers 22-day self-drive tours from £2,649 including flights in a modern compact, or more for a range of American classics. The company also does China, including the Chinese Grand Prix in 10 days from £2,195, and an 11-day Arctic Circle Winter Challenge from £3,499. 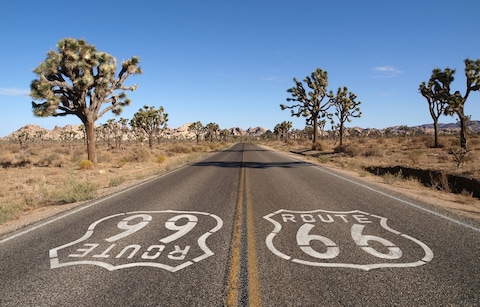 Road Trip India offers several 4×4 self-drive tours, the most exciting being its 18-day Trans-Himalayan Expedition from Delhi to Manali and Leh.

The itinerary includes a stay on one of the famed houseboats on Dal Lake, then back to Delhi via Amritsar, the holy city of the Sikhs and the site of the Golden Temple. I have done much of this route by motorbike, and it is unforgettable. From £2,577 per person, excluding flights. 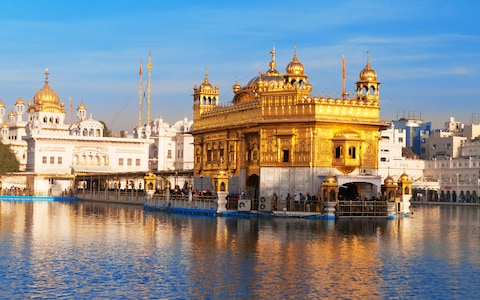 Exploring an exotic Sapa in October

Tips for travel to Sapa Vietnam